Whitby votes to end second home ownership by 2,111 votes to just 157 against 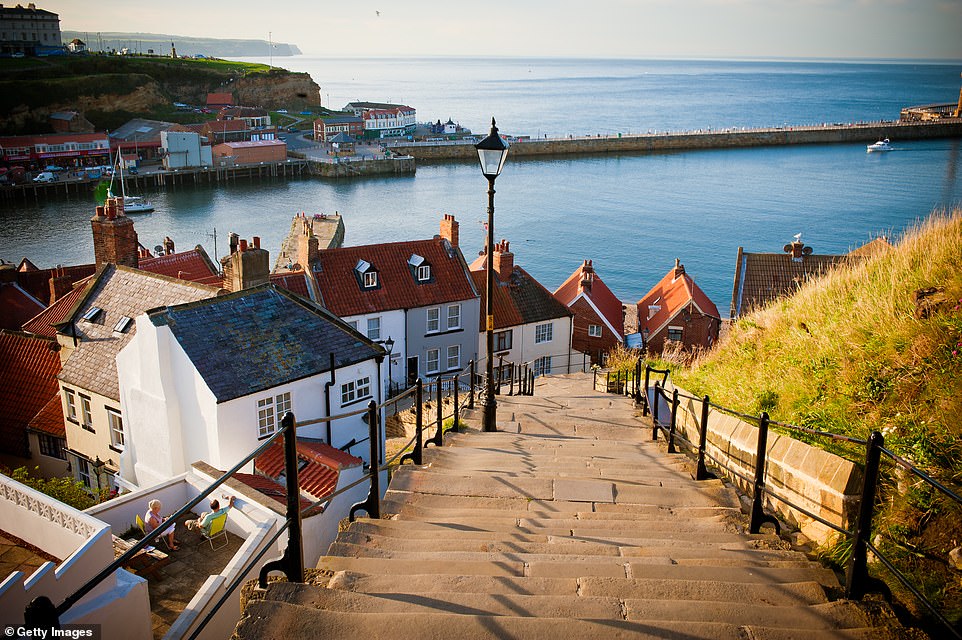 Outraged locals last night took a landslide victory in the first round of a campaign to clear a seaside town of second home and holiday home owners.

There were huge queues at polling stations yesterday as Whitby residents voted to end owning a second home at the North Yorkshire resort.

While the referendum result carries no legal weight, the thousands of local residents seeking an end to second homes will now turn to their planning authorities in North Yorkshire with a mandate to crack down on second home ownership. to grab.

A similar mood in St Ives, Cornwall, has led to restrictions on the sale of new construction as second homes. The seaside resort is also considering the proposals included in the Queen’s Speech to charge second home owners the double rate of municipal tax.

Sighted locals say Captain Cook’s old harbor has been overrun with vacation homes, causing local house prices to skyrocket. Many of the properties are purchased by people from the Home Counties with little or no ties to the area.

Local businesses cannot get staff because the area is too expensive to attract new people, while existing residents are forced to buy elsewhere.

Campaigner and local politician Philip Trumper said: “What we are discovering is that house prices in Whitby are unaffordable for locals and they have to leave town and go to work, making it unsustainable for the community.

“Every day I speak to local people whose loved ones have had to move and look for a job closer to where they live.”

On Thursday tea time and into the evening, locals were out in force to cast a devastating protest vote in the first local referendum in more than a decade.

Residents were asked to answer ‘Yes’ or ‘No’ to the question: ‘Should all new construction and additional housing in Whitby Parish be restricted to full-time local residence as primary residence and forever (forever)?’

Local teacher Tricia Kelly, 61, said: ‘I moved to Whitby five years ago and almost every house on my street is a holiday home. But worse than that, they are all large organizations.

‘Companies buy them and people are angry and concerned about that. We just started a small community store.

“Since Covid we’re starting to get more of a sense of community, I think. It has united people and they think Whitby doesn’t want to go down the same road that Cornwall and other places have gone.

“This is just a way of clarifying our thoughts about it. I was and have grown up around here. I may not be from Whitby, but I’m a girl from Yorkshire.’

Another concerned resident, 65-year-old self-employed person Peter Mitchell, said: ‘There is a lot of dissatisfaction in the city about the number of holiday homes.

“I’ve lived here all my life and the city is going downhill fast. Parking is a problem. House prices are skyrocketing and local children can’t afford them.

‘We don’t have enough facilities in the city to accommodate the growth. We have one dentist, one doctor and a hospital that has been cut by 75 percent.

“I hope this poll yields something and isn’t just swept under the rug.”

A steady stream of voters showed up to vote at the six dozen polling stations across the port, including a local library, pub and school.

An election official said: ‘It’s been heaving. There were lines at the door. Since the polls opened, 40 to 50 have stood in line. 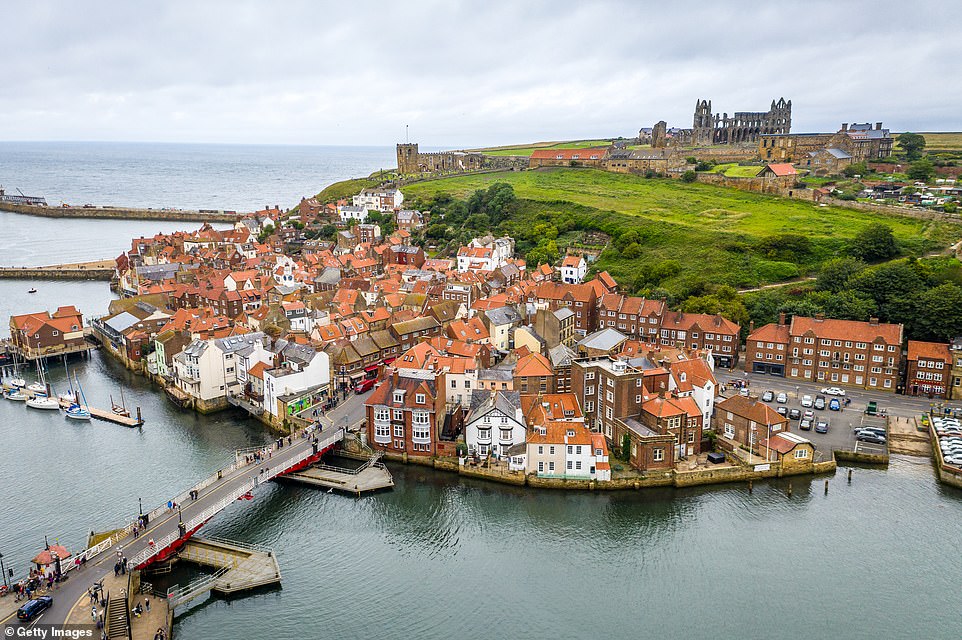 Graham Taylor, children’s book author and former Whitby chaplain, said: ‘Owning a second home really irritates people in Whitby. ‘There’s a cottage for sale in Church Street for £400,000. You can’t get a shed for less than £250,000’

“It’s a much higher turnout than expected for what is normally a small parish poll. It is clearly a very emotional topic for the local population.’

Gillian Watmugh, 53, said: ‘On my street alone there are at least 17 second holiday homes – about half of the 40 houses on the street. House prices are sky-high.

‘My daughter was born and raised in Whitby and had to go to Middlesbrough to buy a house. She works at James Cook Hospital as an HCA.

“They couldn’t afford to buy here anyway. I can’t afford to move even though I own a house because they are too expensive.

‘I’ve lived here all my life. Where I live near the railroad were all first buyers. Now they are all second homes.

Andrea Tyreman, 52, highlighted the anger of some local residents and left the polls, storming: ‘Second homeowners should be burned out.

“I’ve lived in Whitby all my life. We live on a street with about 40 houses and there are only six left. The rest are full of southerners.

‘After Covid, people decided to buy homes here. Something has to happen.’

Wendy Townsend, also 60, said: ‘We live on Park Terrace and at the bottom there are only about nine houses – and we have five holiday homes.

‘We have been living next to an air b&b for three years now. It causes a lot of parking problems, with people parking on the sidewalk. 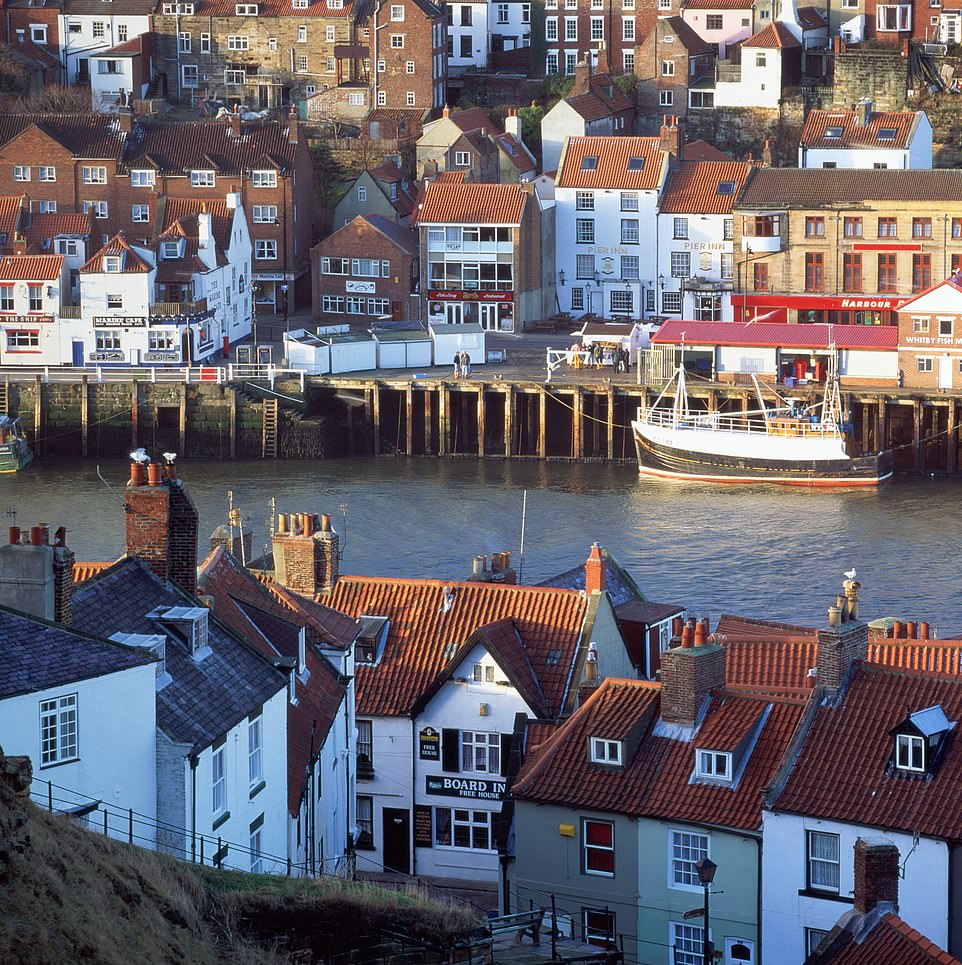 “It has increased by £100,000 in a year. It was done top to bottom and now instead of number 25 it’s called Ebb Tide because they always have to name them.

“We have lived in our house for 40 years and this is hurting our community. There’s a lady two doors down with us who’s been living with no real neighbors for two years.’

Her husband Colin Townsend, 60, added: ‘We’ve complained about the parking but the police push you to the council and you’re just going around in circles.

It used to be that all the buyers who came here for the first time were like it was for us. Now no one around can afford them. It’s absolutely ridiculous.

‘I would just make sure that no more houses become holiday homes. Every time a house is sold, whoever buys it says it’s for themselves.

“But you know it isn’t. Once they’ve bought it, we know full well that it’s going to be a holiday home. There must be a way to check it.

‘Something has to be written down to prevent them from being sold as holiday homes. There’s plenty in town. We don’t need more.

“Over the anniversary weekend we had a family of four next door with two dogs and they let the dogs in while they went out.

“The dogs just howled and barked because they were in a strange place.”

Ian Gray, also 60, said: ‘I am surrounded on all sides by holiday homes. My road is Fishburn Park but they should change the name to Fishburn Holiday Park. The people who come are just ignorant. As far as they’re concerned, it’s ‘We’re here. We are on holiday. S*d you much’.

“They seem to think they can just do what they want and park where they want, instead of being discreet and quiet.”

Nuclear attack is now more likely than at any time since the Cold War, report warns

How to squeeze the most out of your work pension