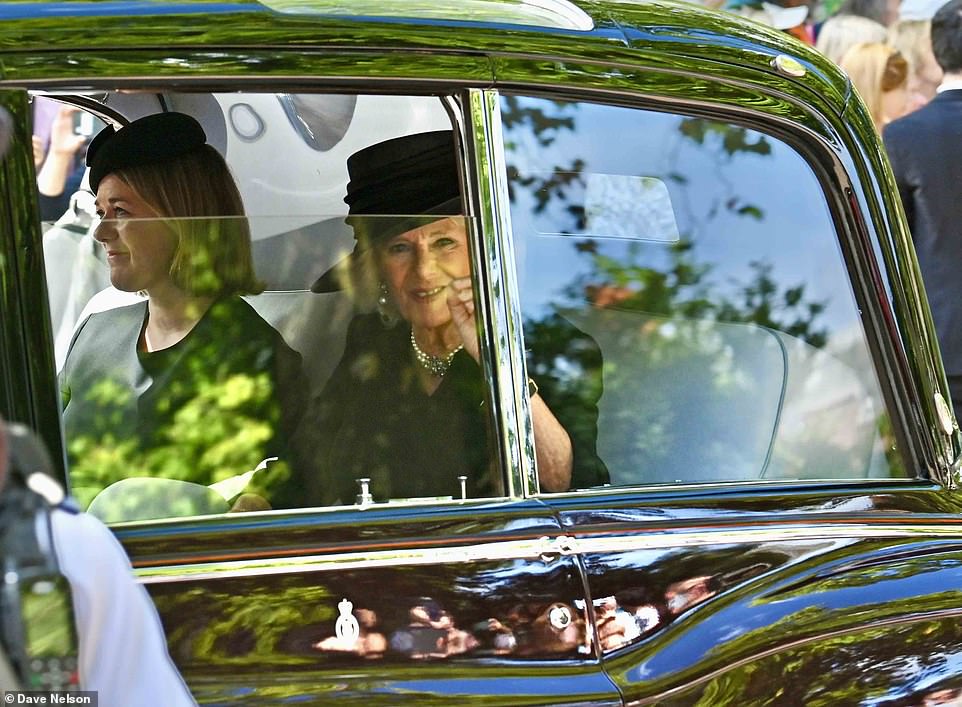 The Queen Consort was joined by her right-hand man today as she arrived at the funeral procession for Queen Elizabeth at Buckingham Palace today.

Camilla was driven through the streets of London as she traveled to the palace, accompanied by her private secretary Sophie Densham.

The assistant is considered a safe pair of hands and an important player in the close-knit group of assistants who will likely continue to support the new king and queen consort.

Ms Densham has been with Camilla for over ten years.

Ms Densham began her career as a secretary with the Memorial Gates Trust, a charity to commemorate the people of the Indian subcontinent, Africa and the Caribbean who served in the two world wars.

The Memorial Gates themselves were unveiled in 2002 by Her Majesty the Queen.

She then joined the royal household and moved to the cabinet of the then Duchess of Cornwall in 2008. In 2021, she was appointed her private secretary. 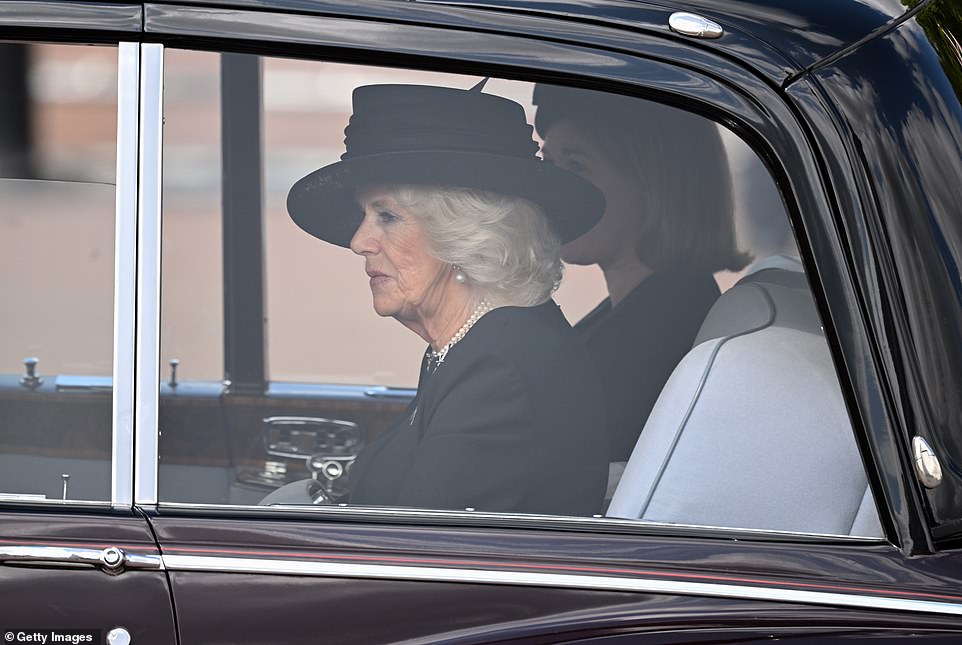 Like her colleagues in the current royal family, Densham attended the proclamation ceremony earlier this week, which saw her employer become queen consort.

She joined the Queen Consort before Her Majesty Queen Elizabeth II’s casket was taken from Buckingham Palace to Westminster Hall to be laid in state for her funeral on Monday.

Charles, William and Harry – along with the Duke of York, the Princess Royal and the Earl of Wessex – followed the coffin on foot during its 38-minute journey for thousands of mourners along the streets of central London.

The occasion was heavily historically significant and also saw brothers Prince William and Prince Harry put aside their ongoing feud to support their father by marching behind the coffin with him.

Her Majesty’s coffin will remain in state until her funeral on Monday in Westminster Hall under the old hammer-beam roof. 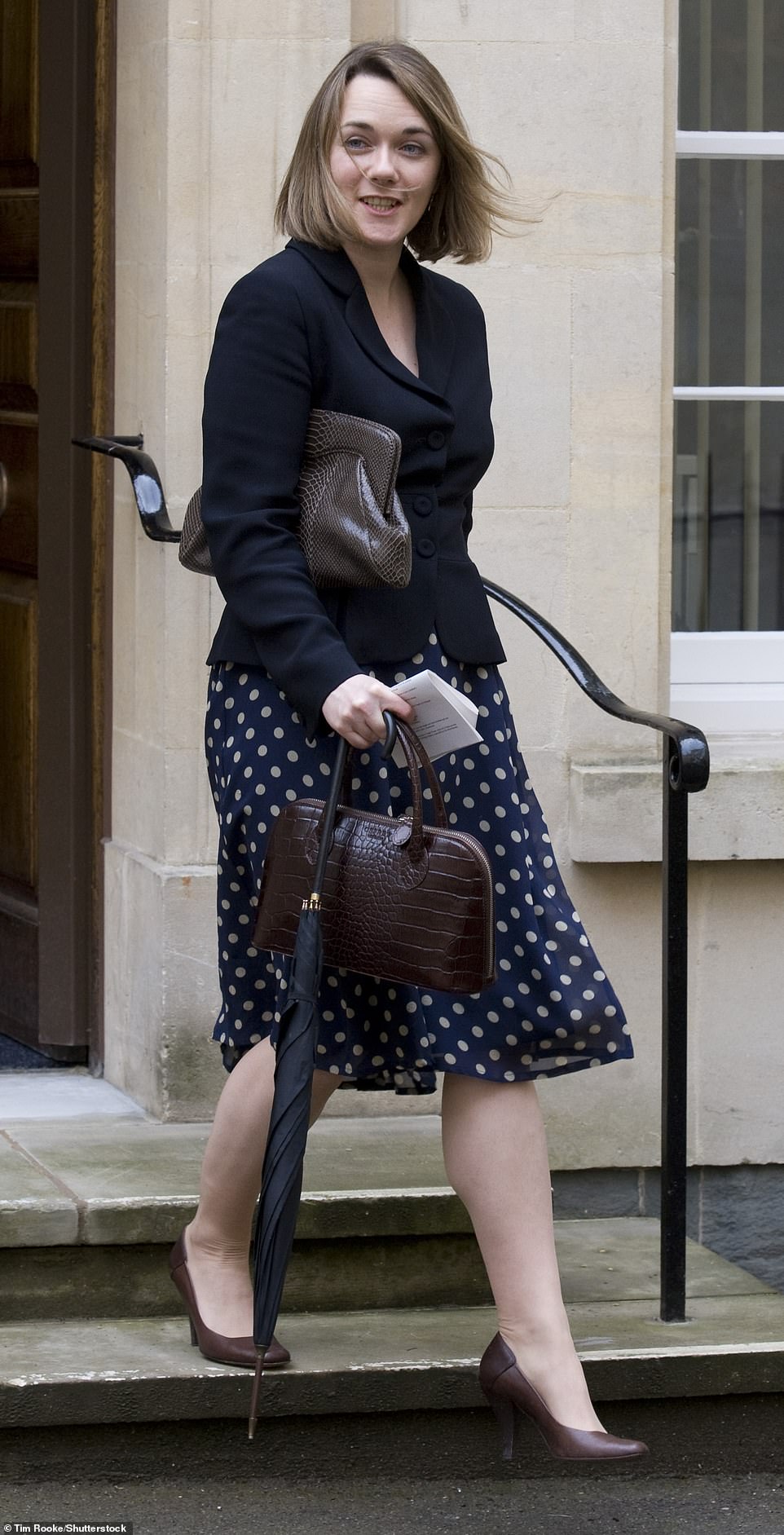 Her father, King George VI, was laid out in state in the nearly 1,000-year-old building in 1952, and in 2002 the public was able to pass the coffin of her mother, the Queen Mother.

Her Majesty’s closed casket was placed on a catafalque – a raised platform, covered with the Royal Standard with the orb and scepter on it.

Members of the royal family, including King Charles III, the Prince of Wales, the Duke of Sussex, the Duke of York and the Earl of Wessex, followed the Queen’s coffin on foot as it moved through London today.

Sophie, the Queen Consort and Princess of Wales Kate Middleton followed the procession in a car that passed thousands of mourners who had come to pay their respects. 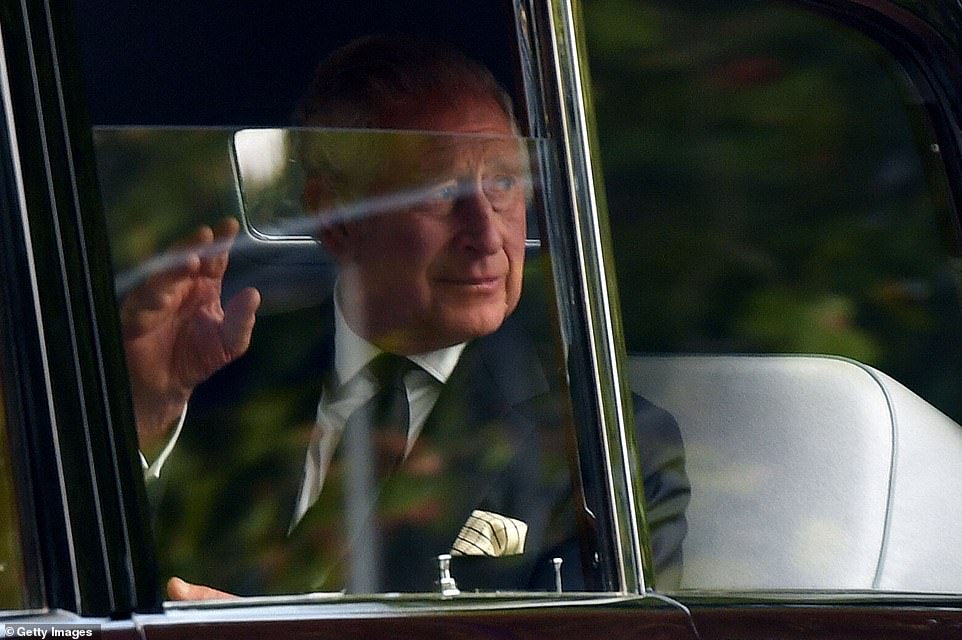 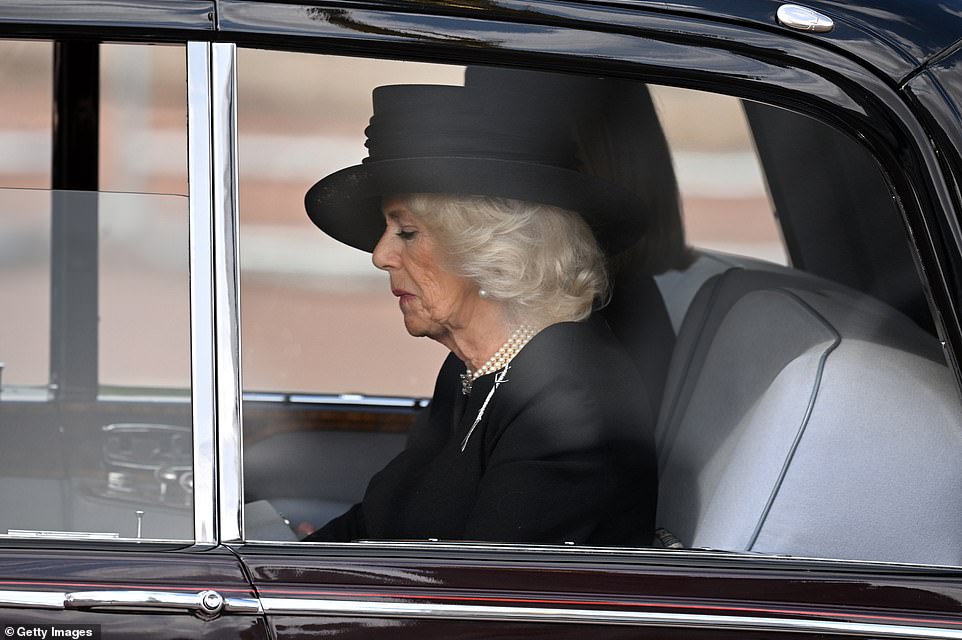 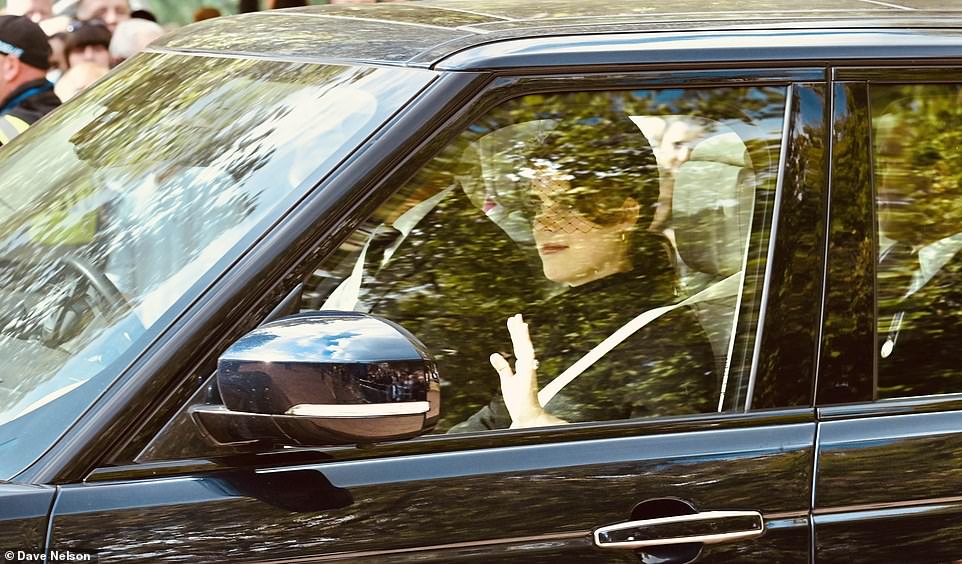 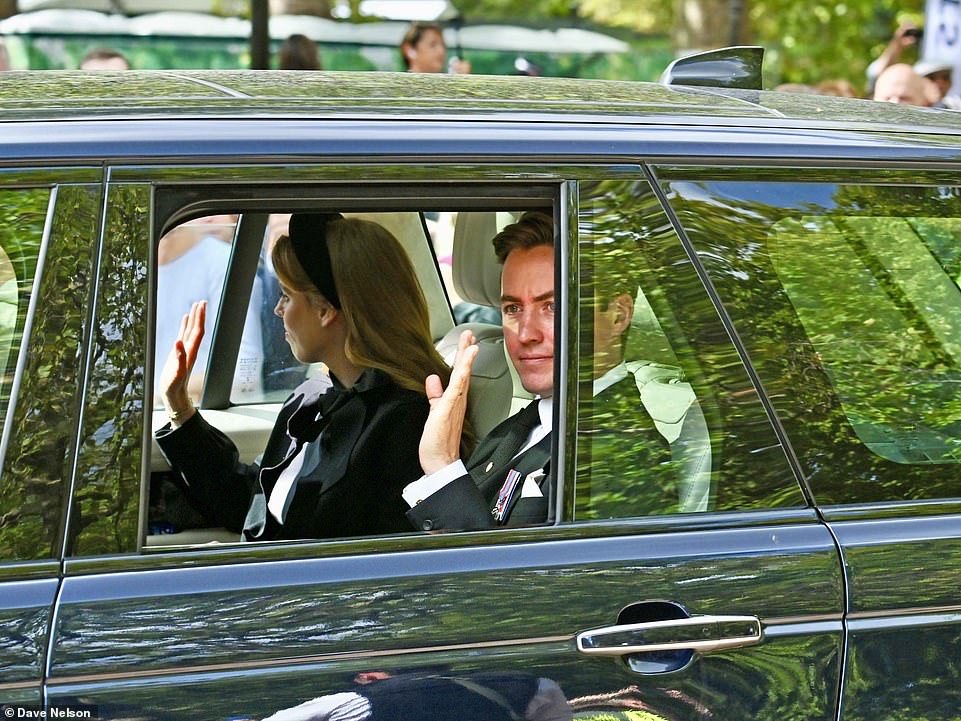 This is the last time the Queen’s body has been moved for her funeral on Monday at Westminster Abbey.

After the ceremony, it is taken to her final resting place, her beloved Windsor Castle.

Well-wishers will begin to walk past the coffin to mark the beginning of four and a half days when the queen is in state. 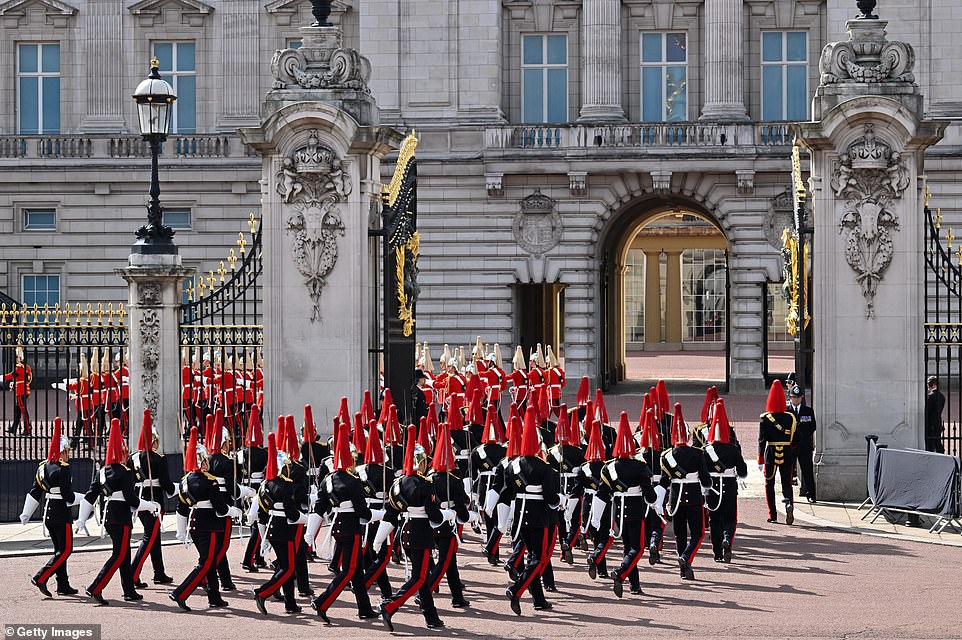 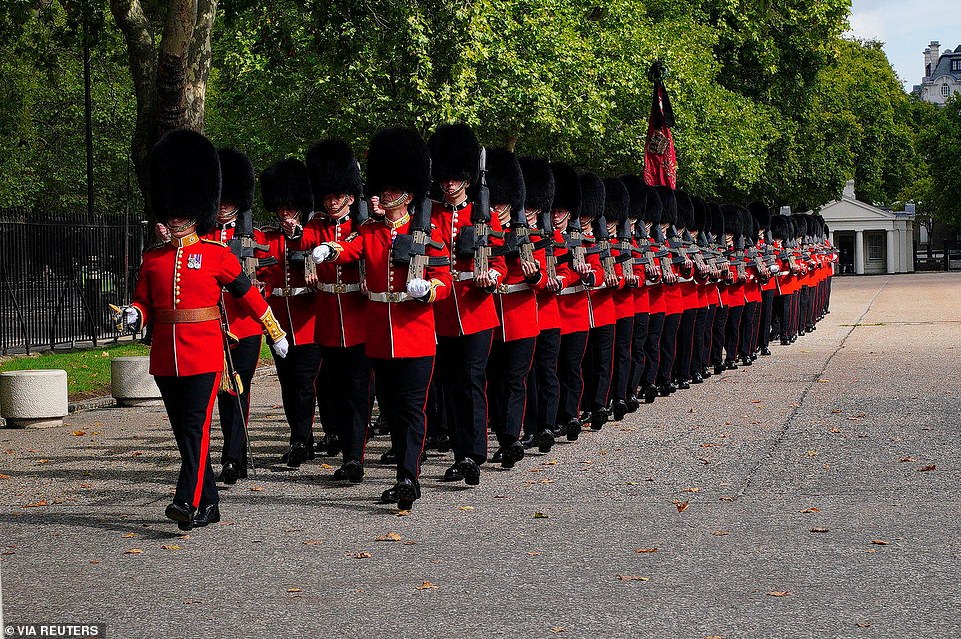 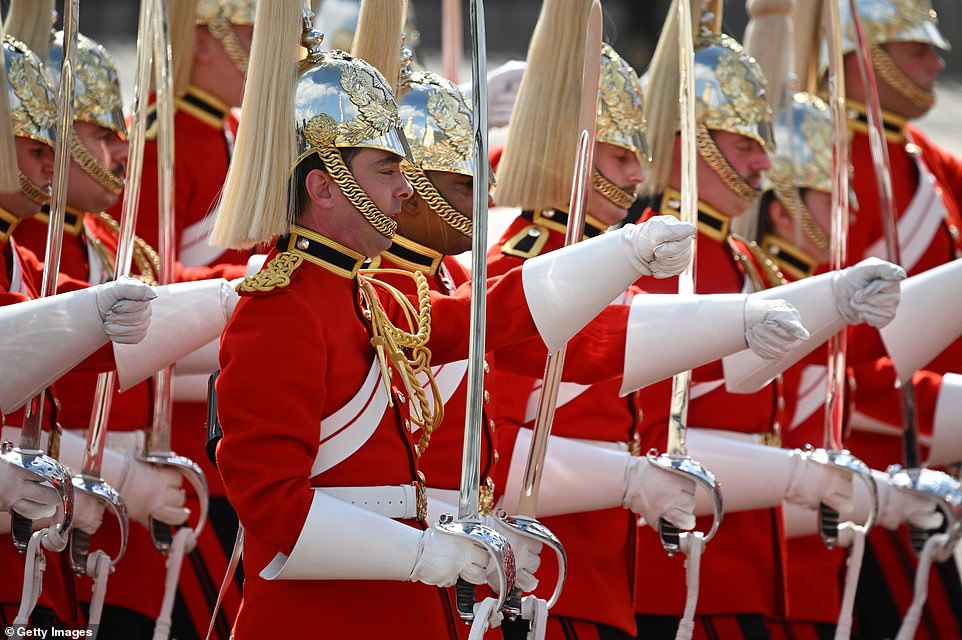 It will remain open 24 hours a day until 6:30 a.m. Monday. Hundreds of thousands of people are expected to take to the streets to pay their respects to the Queen.

The queue is expected to be five miles long and can take up to 30 hours to reach the front.