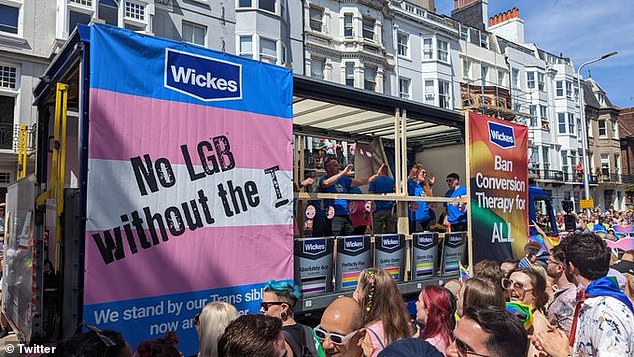 The hardware company participated in the parade through the seaside town with a float with poster reading ‘no LGB without the T’ on the weekend.

The words were decorated with the pink and white transgender flag, with: the tagline, ‘we stand now and forever with our trans siblings’ underneath.

But Wickes’ campaign sparked a heated debate on Twitter, with activists on both sides rushing in to share their views.

Activist and friend of JK Rowling Allison Bailey tweeted: “Just to be clear, this is Wickes promoting unlawful discrimination against lesbians, gays and bisexuals and making our rights dependent on supporting another group.”

Ms. Bailey has been a longtime activist for the LGB Alliance, a charity that promotes and supports gay, lesbian and bisexual people.

But other supporters praised the hardware giant for its all-encompassing motto on display in East Sussex, with one tweet: ‘Wickes won Twitter today…well done to those who made the decision to do Pride right’.

Ms. Bailey is a long-standing activist for the LGB Alliance, a charity that promotes and “supports” gay, lesbian and bisexual people

In a statement, Wickes said: “We were proud to take part in Brighton Pride this weekend to celebrate their 30th year, and even more proud of our LGBTQ+ employee network, who work hard every day to make sure everyone can feel at home.” at Wickes. We are an inclusive home improvement employer and retailer, supporting the LGBTQ+ community as a whole.”

The poster sparked a lively online discussion, with activists on both sides of the debate.

Youth worker and former political candidate Nick Buckley wrote: ‘Companies are now telling gays what to accept – all in the name of diversity. Are there any gay men who use Wickes? Are you continuing?’

One social media user said, “I’m confused by the posts. Are they saying there are no lesbians, gays, or bisexuals without transgender people?’

Another praised the tagline, writing: “Their rivals must be gutted, they didn’t beat them to ‘no LGBTQ without B&Q’.

LGB alliance director Kate Barker said: ‘We must assume that Wickes has not understood the meaning of this slogan.

“They cannot seriously believe that lesbians, gays and bisexuals should not organize themselves in their own interest without the consent of transgender people.

They added: “It highlights the dangers for companies in imitating slogans given to them by lobby groups.”

Wickes’ campaign caused a storm on social media, with activists on both sides mixing up the debate

Last week, Stonewall was forced to root out a tweet claiming that children as young as two could be transgender.

In a Metro article about a ‘non-compliant’ four-year-old whose nursery doesn’t respect their attitude, it wrote: ‘Research suggests that children as young as two recognize their transidentity.

“Yet many nurseries and schools teach a binary understanding of preassigned gender.

‘LGBTQ inclusive and affirmative education is crucial for the well-being of all young people!’

But despite criticism of the tweet, the charity responded with a statement clarifying what it meant.

“While we are not actively involved in pre-primary education, we believe that young children should be able to play, discover and learn about who they are and the world around them, without the ideas of adults being forced on them.

‘We support existing facilities to ensure that primary and secondary school pupils learn about LGBTQ+ identities in an age-appropriate and timely manner.’ 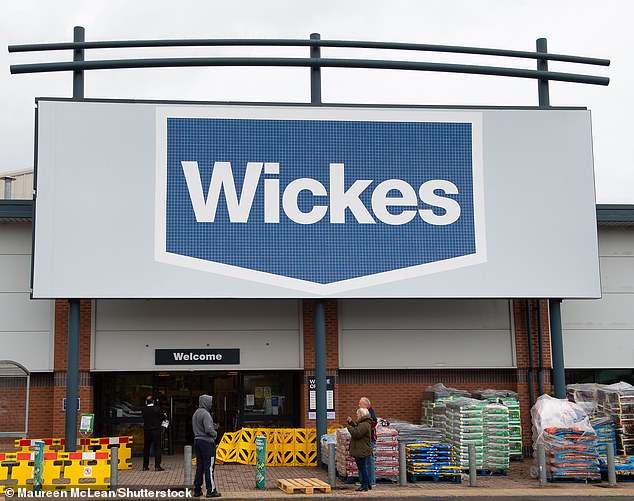 Wickes also campaigned against conversion therapy in Brighton, which in extreme forms can include: physical violence and torture.

The UK government promised to ban the practice in 2018, but the legislation proposed earlier this year did not include transgender people.