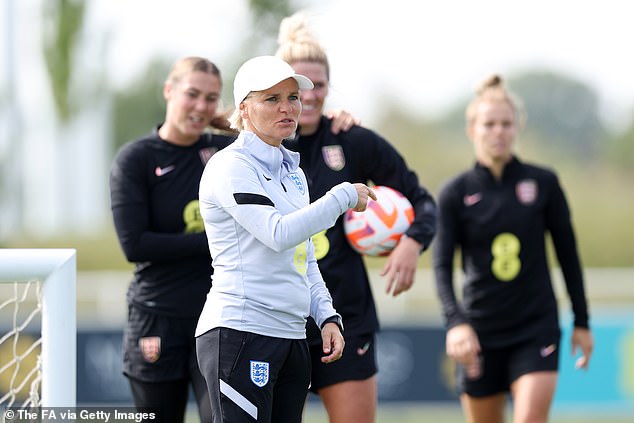 ‘It’s good it’s sold out…but we can play in bigger stadiums’: England Women’s boss Sarina Wiegman disappointed that their cracking World Cup qualifier against Austria is being played in a remote 3,000-seat venue

England manager Sarina Wiegman admitted it is ‘disappointing’ that the Lionesses’ World Cup qualifier will be played in Austria in a remote 3,000-seat venue, despite this summer’s historic European Championship.

England won their first major trophy in front of 90,000 fans at Wembley on July 31, while the tournament itself drew record attendances for the women’s Euro matches.

This will be their first game back since they were crowned European champions, but there will be just 2,700 supporters in the stadium, with 300 seats removed for officials and media representatives.

Wiegman’s pre-match press conference took place in a makeshift tent outside the stadium, while the industrial setting meant she was regularly interrupted by planes flying to the nearby airport.

“Yes, it’s completely different,” Wiegman said. ‘From the euros [interest] was really good. This stadium is small, I think it could fit a little more people or we would like to see some more people.

“It’s a little disappointing. But it also shows that the women’s games, which develop so much that we have to think a little bit bigger, and we can play in bigger stadiums and the Austrian team has developed so much, have done such a good job. It’s a good thing it’s sold out but I hope they take in the future [a different] decision. 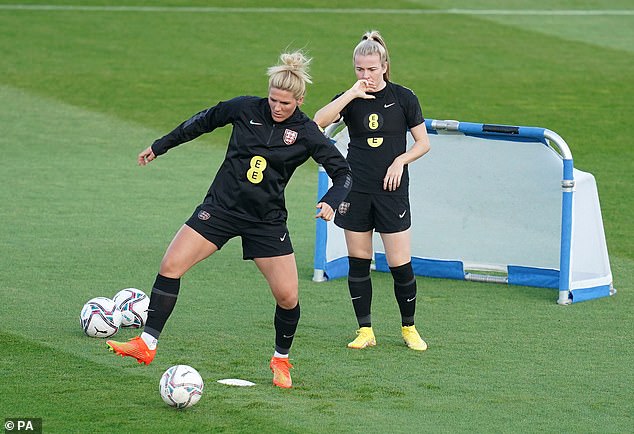 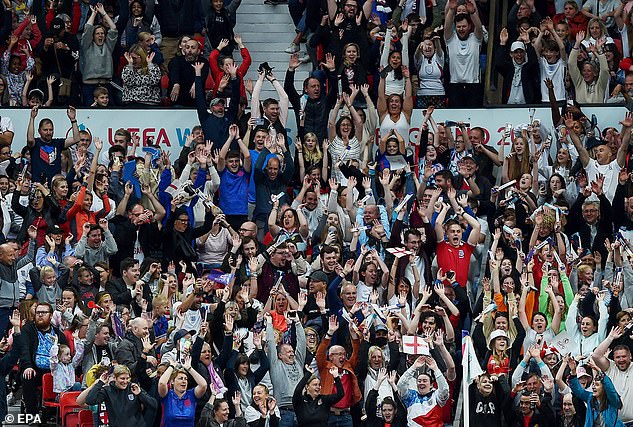 “We can really win something tomorrow, because if we have a good result, we will qualify for the World Cup. So that’s something we’ll focus on in our game. We would have liked more spectators tomorrow, but there aren’t any, it’s full and that’s the way it is now.’

The Austrian Football Association defended their venue, arguing that the decision was made based on their average attendance, which is below 2,000. They added that this is the first time a women’s national match has sold out and that greater demand for tickets could not be foreseen.

Austria manager Irene Fuhrmann said: “Wiener Neustadt, the host city, has treated us very well in recent years, but of course it was also partly a business decision by the Federation.

“Hopefully in the future, if they show up consistently, fans will force us to look at a bigger stadium. Of course it is a pity that not everyone can come to the game. We are not as far as England when it comes to getting crowds into our stadiums.” 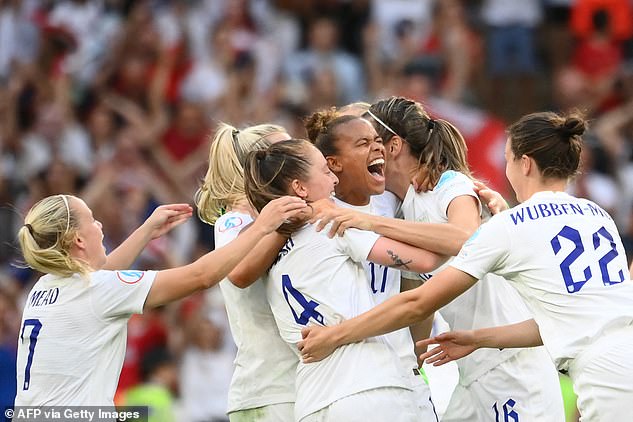 England need a point from Saturday’s game or their last qualifier against Luxembourg on Tuesday to qualify for next year’s World Cup in Australia and New Zealand. Wiegman said winning the European Championship was “just the beginning” and her players are already looking forward to winning more silverware.

“If you’re happy with what you’re doing now, you’re lost because the game is evolving and every country is so eager to improve and so are we.

“Of course we want to qualify for the World Cup, that’s what we have to do at the stage we are in and then we want to be successful.”

Maneku’s posh house has been called a childhood…