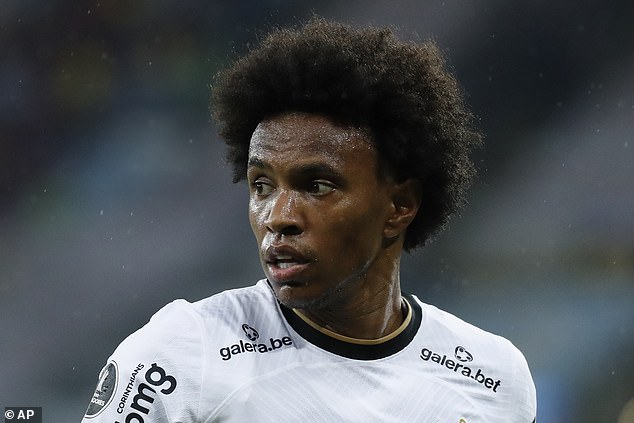 By Sami Mokbel For Mailonline

Willian is poised for a remarkable return to the Premier League with a move to Fulham.

The Craven Cottage club are working to sign the former Brazil international on a free transfer and hope to close the deal on Tuesday.

Willian has been training with the new Premier League boys as the former Chelsea star has prioritized a return to England this summer.

Willian, 34, moves closer to a return to the Premier League with Fulham on pole 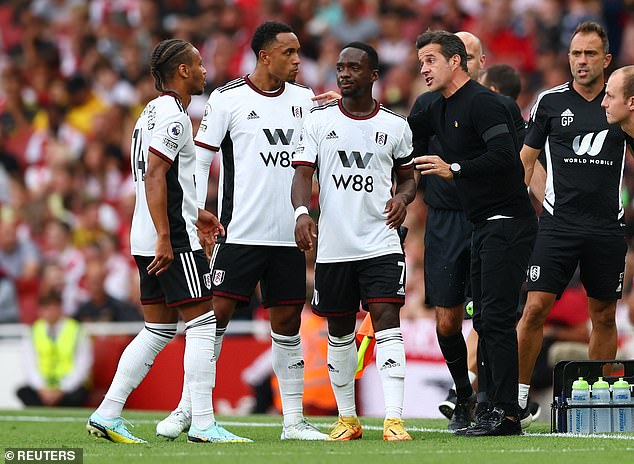 The 34-year-old left Brazilian club Corinthians earlier this month and is a free agent.

He has received several offers from various clubs across Europe, but Fulham are firmly in pole position to sign Willian, who impressed Marco Silva during his training stint.

Willian is in no immediate rush to sign with a new club as he is a free agent meaning he can join a team outside the transfer window – which closes on August 31.

But Fulham expect to finalize the deal in the next 48 hours. 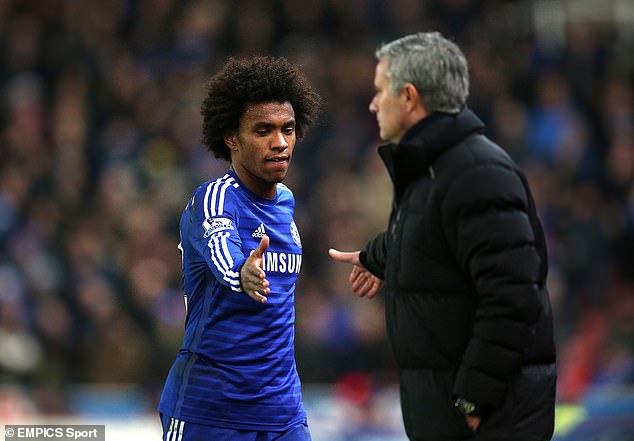 The former Chelsea winger, 34, is a free agent after leaving Corinthians over threats from fans

Earlier this month, Willian revealed that he agreed to terminate his contract with Corinthians over the relentless death threats on social media he and his family were subjected to by angry fans.

He also said the level of violence among Brazilian supporters was one of the reasons for his departure after less than a year at the club.

In an interview with Globo EsporteWillian said the hostile atmosphere created by outraged supporters, who he said threatened him and his family if he played poorly or if Corinthians lost, was the main reason for him to leave the club.

“The reasons for my departure are the threats I have undergone, especially my family,” he said.

The threats never stopped. Whenever Corinthians lost and sometimes I didn’t do well in the game, my family received threats, curses on social media. My wife, my daughters, after a while they also started attacking my father, my sister.

“When I returned to Brazil, I came back with a great desire to play for Corinthians. 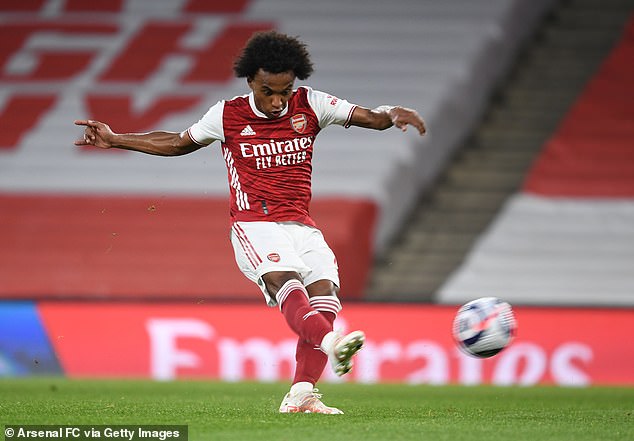 “I knew the pressure, the demands, the criticism I would face, but I didn’t come to Brazil to be threatened, to threaten my family with every game I lost or if I didn’t play a good game. That’s the main reason.’

His imminent return to England will see him show the colors of a third London club after stints with Chelsea and Arsenal.

He joined Arsenal in 2020 after failing to agree a new deal at Chelsea, but flopped at the Emirates, scoring just once in 37 games before The Gunners canceled his contract two years earlier.

Chris Dawson guilty: Timeline of murder of Lynette as ex-Sydney teacher is convicted