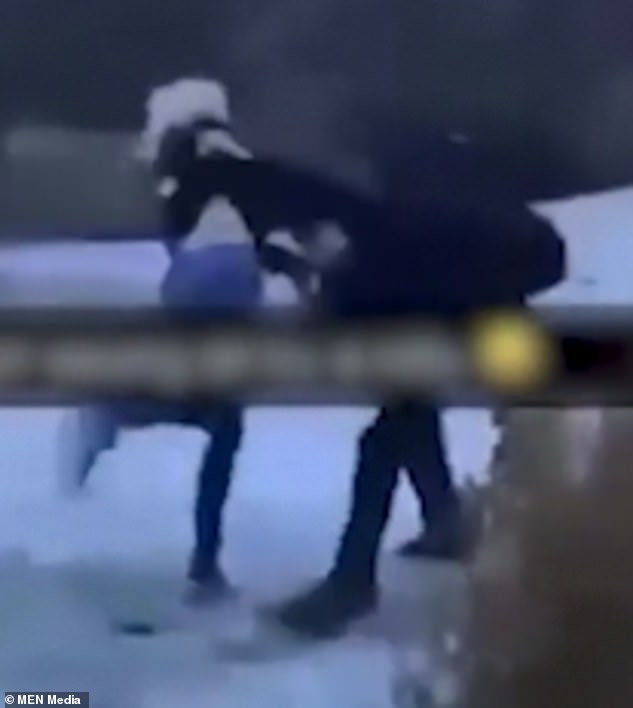 Shocking moment as woman wrestles with schoolboy, 15, and ‘tries to headbutt him after his buddy throws a snowball at her car’

A woman was filmed punching and trying to headbutt a schoolboy after his friend allegedly threw a snowball at her car.

The 15-year-old boy from Springhead, Oldham, was wearing a Saddleworth School blazer in the incident outside the school gates at 3:30 p.m. on January 7, a day of heavy snowfall.

Two of the boy’s friends filmed the woman trying to punch him and bang her head against him.

A woman punched a 15-year-old schoolboy in Oldham, Greater Manchester, on January 7. 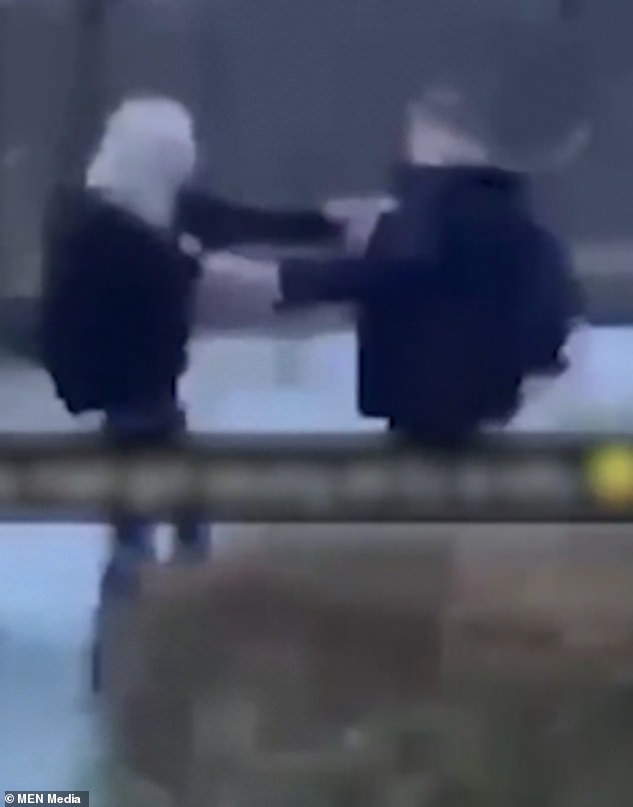 The boy’s father, who wishes to keep his son anonymous, said Manchester Evening News found out what happened after he was called by the school.

He said the boys were crossing the road after walking down the school driveway when one of them threw a snowball at a moving car.

The driver, a blond woman in blue jeans and a dark tank top, got out of the passenger side of the car and asked the man’s son who had thrown the snowball.

The boy’s father said: ‘He says he doesn’t want to tell her – so she grabs him, tries to headbutt him and hits him on the back of the head. It’s just bizarre really.’

Images show how the woman struggles with the child and throws punches. 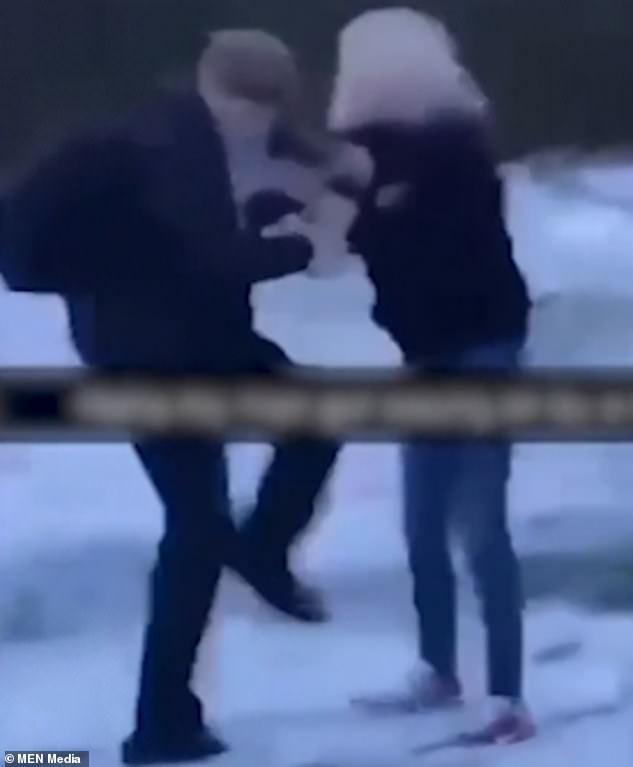 She was said to have gotten out of her car and asked the boy who threw the snowball before wrestling him. 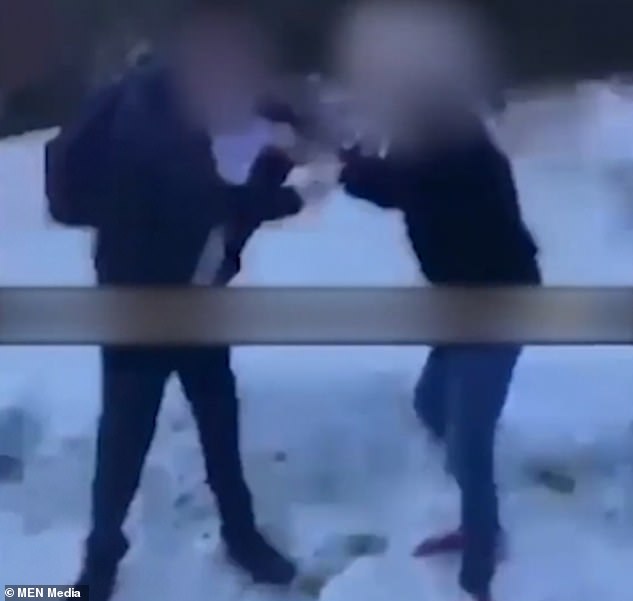 The pair were locked in a fight outside the gates of Saddleworth School in Springhead, Greater Manchester

The boy’s father said he and his partner would reject their son if he did something wrong, but that his friend threw a snowball at a car “no reason” for the woman to “go hit him.”

Anyone with information about the incident can contact the police on its website or call 101, quoting the crime reference number CRI06QQ0000053722.

Rebel Wilson Confirms She Will Host BAFTAs in 2022

The vaccine need of Citigroup means that a stream of employees has to be vaccinated.