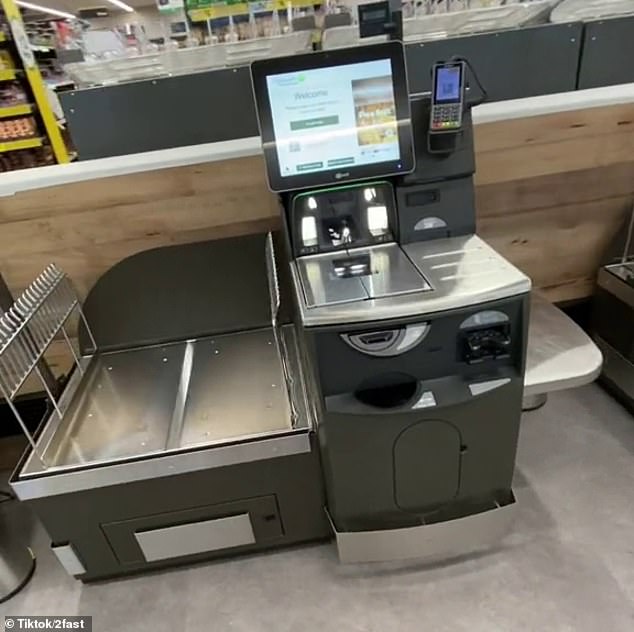 A video uploaded on Saturday showed the new machines with larger storage areas and room to park a small trolley above the unloading area.

“Woolies upped the game for self-service registers,” read a caption accompanying the video.

The video received a lot of support from commentators who were happy that Woolies had ‘finally’ updated their system.

‘My Woolies also has self-service conveyors,’ one person wrote.

‘Have they been in NZ for three years now… are you finally out of the dark ages?’ said another.

However, other commentators compared the new machines to Coles’ updated self-service system, which features conveyor belts and a larger area to pack and reload, and pointed out the remaining system flaws.

“Do we get an employee discount because we do it ourselves,” wrote one commenter.

Coles have better ones. Clamps to hold bags. Large area. Continuous scanning without waiting,” said another. 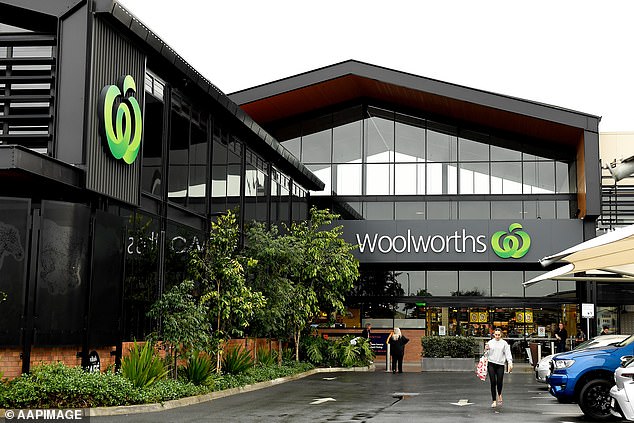 Several commentators under the video showing Woolworths’ new machines said they were pleased the supermarket giant is ‘finally’ updating its self-service system.

“That’s right, mate, they’re making the game on self-service by sticking a facial recognition camera in your face,” wrote another.

‘Can they stop you not bagging the item! I put the item in that damn bag,” said another.

“Boycott the job killers!” wrote another.

A Woolworths spokesperson said: ‘We are always inventing new and better ways to provide our customers with the most convenient shopping experience, expanding our game with larger self-service checkouts is just one of them’.