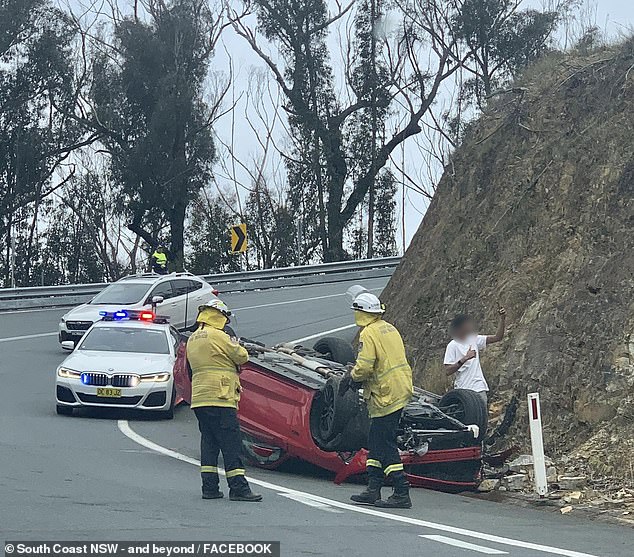 Excited locals have labeled a teenage driver an ‘idiot’ after he posed for a selfie next to his overturned car on a busy mountain highway.

The driver overturned his Ford Mustang around 10 a.m. Monday as he descended Clyde Mountain on the Kings Highway between Canberra and Batemans Bay, about 300 km south of Sydney.

A local shared a photo of the accident on the community’s Facebook page to warn drivers to exercise caution when descending the mountain’s hairpin bend near Pooh Bear Corner. 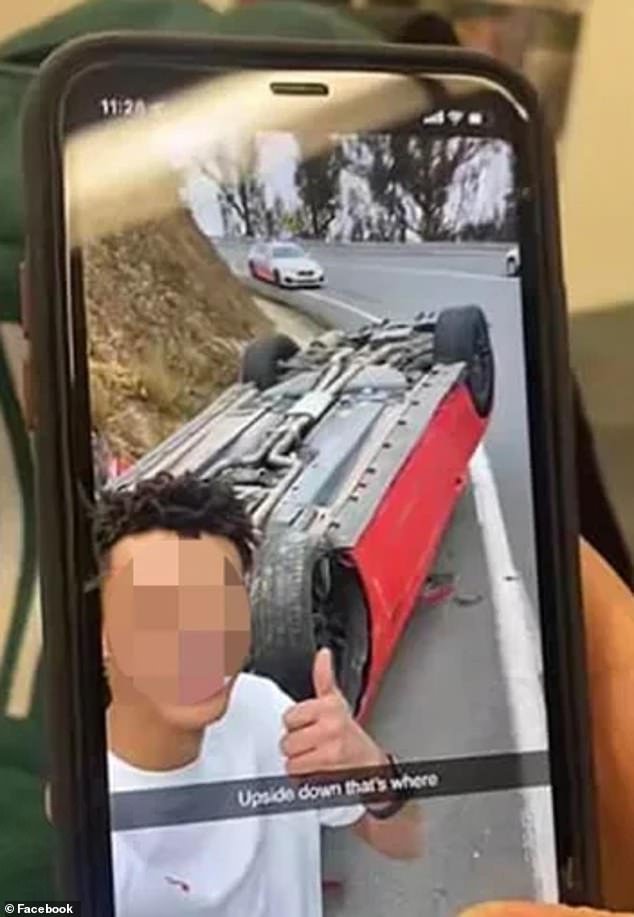 The photo shows the driver on the side of the crashed car, posing for a selfie with his thumbs up as emergency services inspect the wreckage.

A friend of the driver later posted a photo of the man’s selfie with the caption “upside down, that’s true.”

Outraged local residents responded to the post, furious at the driver’s lack of remorse over the potentially dangerous crash. 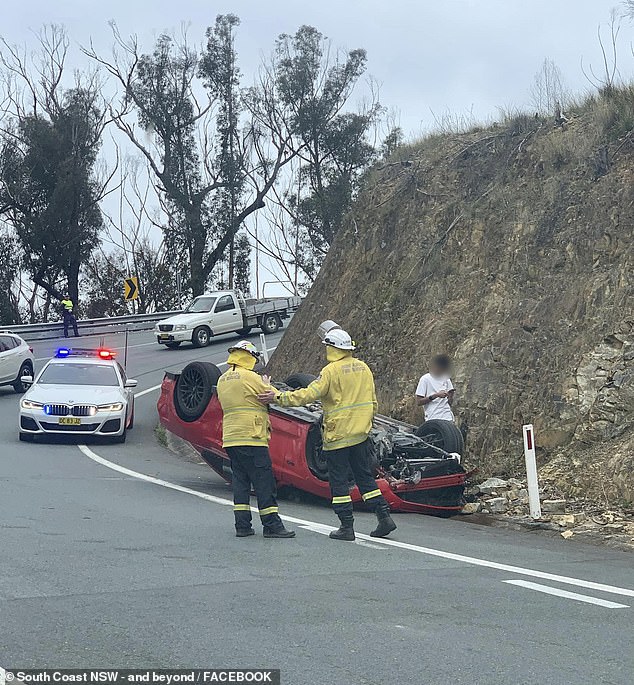 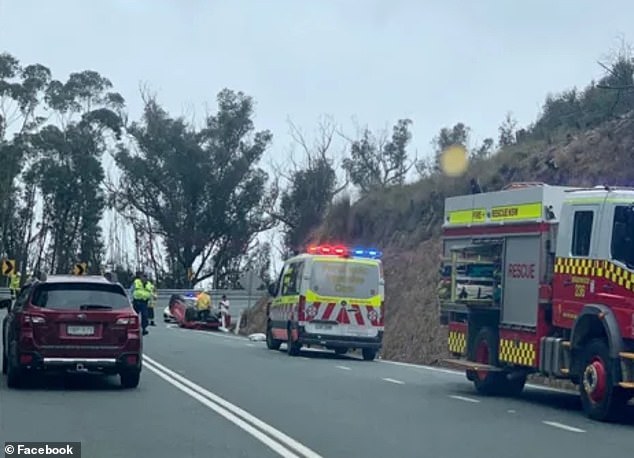 “That’s what happens when they get a driver’s license without a driving test,” someone wrote.

“Wouldn’t take selfies with thumbs up if someone is seriously injured or killed,” said another.

‘What an idiot! If I was with the emergency services I would knock that phone out of his hand,” wrote another.

“Wow… You just can’t help it, stupid,” said another.

Other commentators called the driver a “wanker” and a “loser” and assumed he was speeding because there was no rain on the highway.

NSW Police have confirmed that no charges have been filed against the driver and no one was injured in the crash.