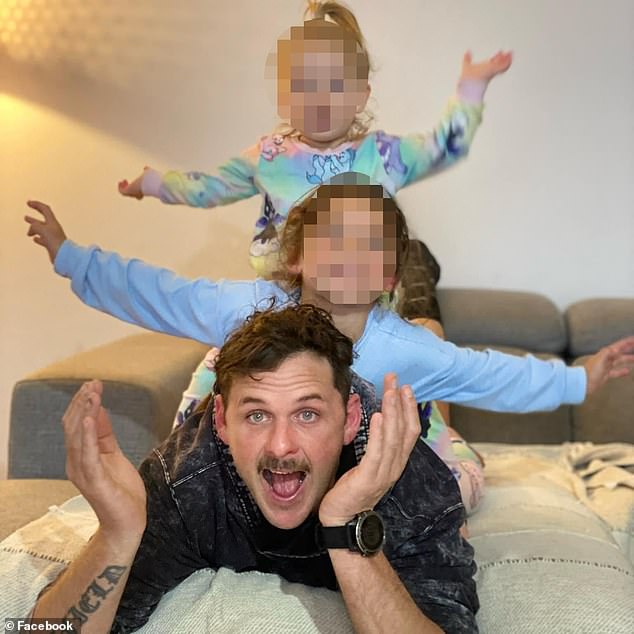 A 35-year-old father is fighting for his life after being airlifted to the Royal Melbourne Hospital in an AFL incident in regional Victoria, where he is in an artificial coma.

Ben Duffield was playing for Greta in the semi-finals of the Ovens and King reserve class in Wangaratta on Sunday afternoon, when he received a ‘stuck to the ribs’ from his opponent in Milawa.

Duffield left the pitch of his own accord and appeared to be fine, before his health deteriorated in the club rooms, culminating in an air ambulance being called in to take him the 250km to Melbourne.

League president Cam Green said the collision was accidental, with neither player at fault.

“It was just two guys chasing the footy,” he said ABC Goulburn Murray.

“The player got off the ground and said, ‘I just got a good one, I’m right. He went to the rooms for treatment and then it escalated.’

Duffield reportedly suffered a fractured sternum before going into cardiac arrest while the club’s trainer – who is fortunately a nurse and paramedic – performed CPR.

The decision was made to call off the game early, with the incident ‘shaking up’ the tight-knit club and community. The competition has not yet decided whether the final series will continue. 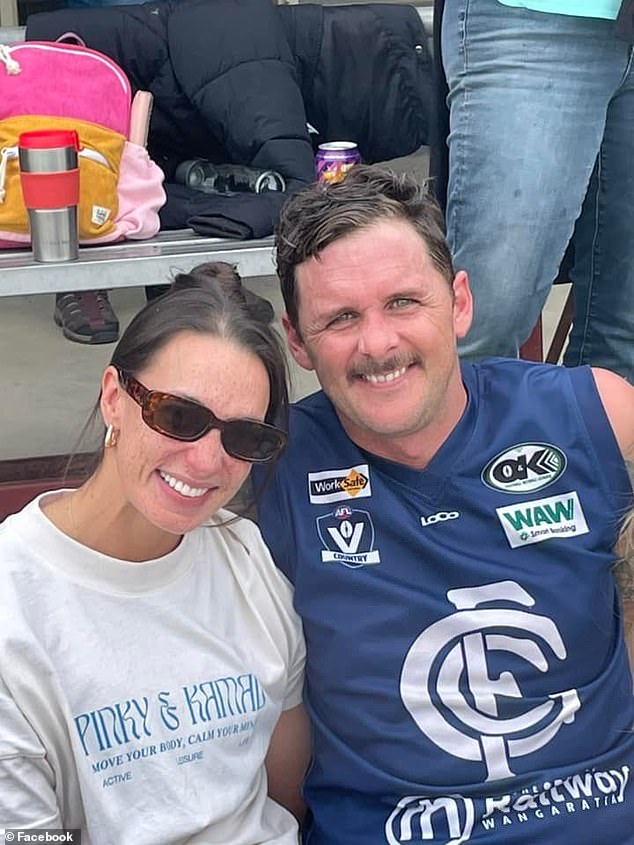 The next game of the first grade was also canceled so that the helicopter could land on the field.

Greta president Gary Hogan said Duffield left the field alone, before the situation quickly deteriorated while he was under treatment.

“I spoke to some of the family this morning, but no one has really given me an update on more than what we know at this point,” Hogan told the newspaper. Herald Sun.

“It was actually a big punch to the ribs and we think he suffered a fractured sternum as a result.

“He had quite a bit of discomfort, so he was taken to the club rooms and slumped to the ground just before the seniors match started.

“It was touch and go for a while and it was pretty harrowing to watch. (Our trainer) was pretty distraught about it the whole time,” said Hogan, wishing Duffield a “speedy recovery.”

The Greta Football and Netball Club supported the president’s sentiments and thanked the community for their support on their Facebook page.

“The past week has presented many challenges for our players, members and supporters on and off the pitch,” the club wrote.

“The Greta Football Netball club is grateful for our community who have gathered around us and shown support.

“Our sincere thanks also go to our trainers, support staff and medical staff who attended today’s match, along with the work of the Ambulance Victoria paramedics who attended, and Victoria Police for their attendance,” the club said on facebook.

Duffield’s mother, Wendy Anderson, responded to the club’s post, thanking everyone involved for their support.

‘Absolutely outstanding by all involved. Ben (is) stable, but critical. Thanks doesn’t seem enough, but it comes from the bottom of my heart; Wendy, Benny’s mom xx,” Anderson commented.

It sparked a further outpouring of support from well-wishers, and it’s clear that the close-knit club is gathering around the family.

Local MP Tim McCurdy, who was on site, also showed his support and thanked them for their efforts in the dire situation.

“I attended the game and the situation has been handled well by all concerned and we wish the player all the best. Thanks to paramedics on hand,” he wrote on Greta’s Facebook page.

It is a horrific incident from which Duffield will hopefully make a full recovery; but Green said the only shining light was the way all players, officials and clubs came together to support everyone.

“The essence of country football was where all the clubs came together,” he said.

Dating Advice: Ibrahim Akbar Shares the 5 Things You Should Never Say to a Girl

Islamic State families have been repatriated to Sydney as…

Islamic State families have been…

Walmart sued by employee who says she complained about…